CONGRATULATIONS AMBER!!!! On a successful thesis defense, 'Calcium and BK K+ channel regulation of circadian rhythms in the suprachiasmatic nucleus'

It is a wonderful day to send a lab member, who loves ion channels as much as I do, home to a bright future ahead....

My last day in the @BKChannels lab, Andy’s lab, it is a good bye full of thanks! In order do not fail you need an excellent mentor that support and provide you the tools to have success now and in the future, that is just priceless. Thank Andy and the whole @BKChannels team! 2/2

I'm glad anyone can find inspiration on the door to the lab!

Maybe this quote is not so popular these days but, for me defines a lot what means be a foreign postdoc in the USA, especially those of us who come from Latin America. We just left so much behind, our family, our home, our life, that fail is not an option. For that today 1/2

Andrea Meredith to Receive 2021 BPS Award in the Biophysics of Health and Disease https://www.biophysics.org/news-room/andrea-meredith-to-receive-2021-bps-award-in-the-biophysics-of-health-and-disease

As the GonzalesLab1 first inaugural tweet, I would like to thank everyone for the show of support for the recent PNAS publication. https://www.pnas.org/content/early/2020/10/12/1922755117
Starting anew, the lab is recruiting. Find more information at http://www.gonzaleslab.com.

A great collaboration with @Alex_Chesler and colleagues at @NIH and led by my amazing postdoc @KaraLMarshall who just happens to be on the job market! She will be a wonderful colleague. https://twitter.com/KaraLMarshall/status/1316398144490356738

Congratulations to UMB Physiology Prof Andrea Meredith @BKChannels for receiving the Biophysical Society award in the Biophysics of Health and Disease for her biophysical characterization of BK channel mutations, resulting in real translational advances in epilepsy treatment!

Congrats to everyone but specially to my fantastic postdoc mentor Andy @BKChannels for this award! 🎊🎊🎊🎊 https://twitter.com/BiophysicalSoc/status/1314221019947827203

Congrats to all the awardees, but especially happy to be in excellent company next to Randy Stockbridge https://sites.lsa.umich.edu/randystockbridge/. Congrats Randy!

Agreed. Great to see two accomplished female scientists splitting the prize. If only I could have gotten one of them for the SGP meeting keynote years ago...(I asked both)

This is so amazing! Congratulations to Jennifer Doudna and Emmanuelle Charpentier! https://twitter.com/NobelPrize/status/1313778075356798976

It is a great honor to receive the @NIHDirector's #NIH New Innovator Award for our work on the brain's vascular system. I am incredibly excited for the science that this will facilitate! We are looking to expand our team: https://www.longdenlab.org/jobs

Congratulations to one of our members @doctheagrif on her new position as Assistant Professor in the Department of Physiology & Membrane Biology at @ucdavis and also on the featuring of her book series The Magnificent Makers in @TODAYshow.
Congrats Dr. Griffith!!! 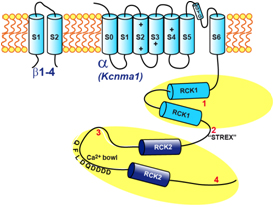